Are dogs more brainy than cats? 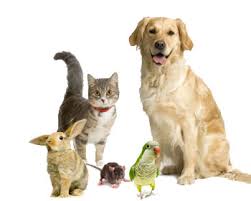 Let battle commence! It is like comparing chalk with cheese, but there are some measurable statistics.

Dr. Karen Becker makes a brave statement: ‘Dogs Are Becoming Smarter Over Time While Cats Stay the Same’. She says that Oxford University researchers tested this theory and found that based on EQ (Encephalization Quotient” developed in the 1970s as a tool to compare intelligence and brain weight in relation to an animal’s body size), dogs are becoming progressively more intelligent while cats have stayed mostly the same.

Research suggests dogs’ close social interactions with humans have caused them to become progressively more intelligent over time while cats have stayed mostly the same.

Some however argue that the number of neurons is a greater indicator of intelligence than brain size, and in this area cats excel with 300 million neurons in their cerebral cortex compared to dogs’ 160 million, the brain area associated with processing, problem solving, and perception.

Dr. Becker continues, ‘The fact that dogs can sort objects into categories (which means they have abstract thought) and can tell what people are thinking are indicators of their intelligence. Yet, as Live Science reported, researchers have shown that cats can be trained to do similarly impressive feats, like distinguish between different quantities of objects and follow pointing gestures (like dogs).

It just isn’t so easy to get cats to display their talents. In the case of distinguishing between different quantities – this is an ability that fish also

possess, and the researchers said it was far ‘easier to work with fish than cats’! The research also showed cats and dogs can solve simple puzzles to get food, but when the puzzle is unsolvable, dogs will look to humans for help, whereas cats will keep trying.”  This looking to humans for help sounds like one of the differences between wolves and dogs.

To quote Stanley Coren: Based on the Encephalization Quotient, the brightest animals on the planet are humans, followed great apes, porpoises, and elephants. The dog is close behind elephants in its EQ. Descending down the list we find cats lower than dogs, followed by horses, sheep, mice, rats and rabbits.

I am surprised he doesn’t list birds. The EQ of a crow is apparently only slightly lower than the cat according to Wikipedia, so a parrot may well be higher than a cat and maybe a dog also ( I can’t find a parrot’s EQ anywhere). Drs Foster and Smith inform us that parrots are considered to be the smartest of birds. They can be taught to distinguish colors, shapes, objects, and even people – and talk.

The African Grey Parrot is now believed to have the intelligence and emotional make-up of a 3 to 4 year old child.  Don’t they say a dog’s intelligence is on par with a child of 2 (unless the dog is a Border Collie)? I can’t anywhere find a similar comparison between a human child and a cat.

Cats are clever enough to keep us guessing.

Here is the story of a German Shepherd I went to who turned into a snarling beast when he heard or saw their cats.

This is my main website with many more stories of dogs I have helped: www.dogidog.co.uk

I am a dog Behaviourist having helped over 3000 dog owners over sixteen years (INTODogs - ICAN Companion Animal Behaviourist) and trainer covering Beds, Herts, Cambs and Bucks, a 'Victoria Stilwell' Positively Dog Trainer (VSPDT) and a full member of the IMDT. Graduate ISCP, International School for Canine Practitioners. My main site: www.dogidog.co.uk
View all posts by Theo Stewart →
This entry was posted in PAWS for Thought, Science & Health and tagged cats, dogs, dogs and cats, EQ, intelligence. Bookmark the permalink.

1 Response to Are dogs more brainy than cats?